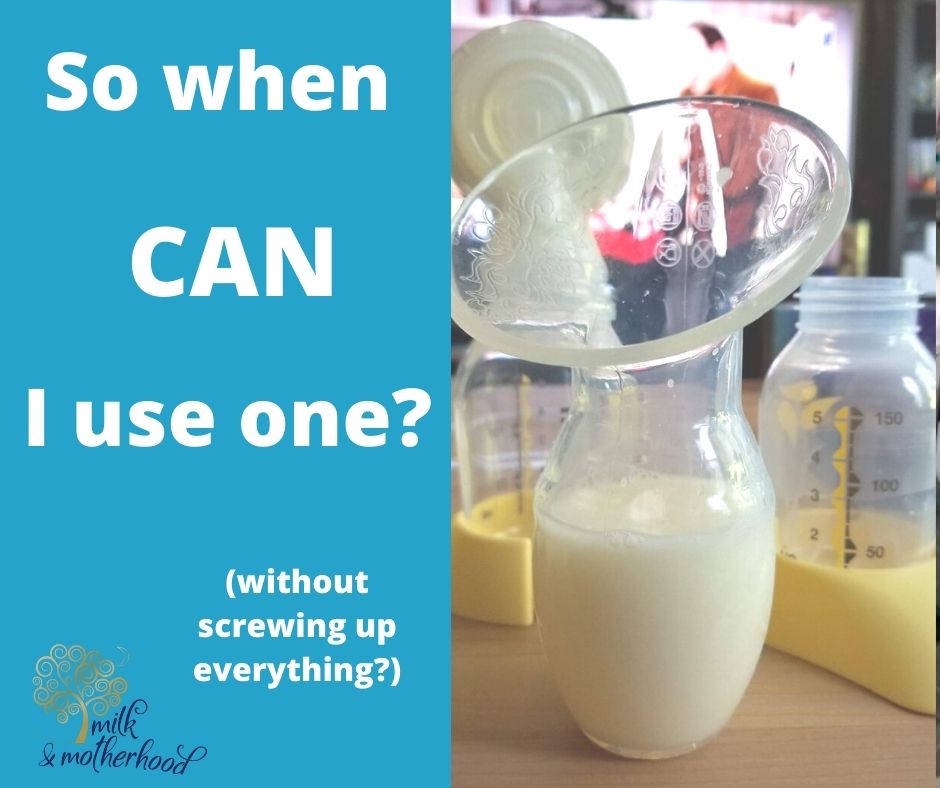 So when CAN you use the Haakaa*?

In my last post, I wrote about some of the issues that I see from clients of mine who are repeatedly using the Haakaa in a way that causes them problems. I probably should have predicted it, but this has led to a lot of people totally flipping out about using one at all, and presuming that using one is going to unequivocally give them a low weight gain, coughing and gagging, breast refusing baby. Oops. I had figured that there were enough articles that discussed how to use them and how wonderfully handy they can be, when used correctly, that it wasn’t necessary for me to write my own version… But apparently that’s actually not the case! So here I am!

So there you have it, a bunch of situations where I feel that this can be a useful tool!

(*I use ‘Haakaa’ here as a noun describing something that is more technically known as a ‘silicone hand pump’. I realise I’ve been using it in the same way that some use ‘Kleenex’ or ‘Hoover’ in the U.S., or how we use ‘Band-Aid’ and ‘Esky’ in Australia… I may just have to write another post about that whole concept too…)

Some Vital Info about Dehydration