It is World Breastfeeding Week, and… well… I don’t know.

It is vital that those mothers who feed their babies through other means do not feel shame when this week is promoted. It is vital that they do not see it as another wound to their heart. To me, this week shouldn’t only be about celebrating breastfeeding — it needs to be about education. I’m not even necessarily talking about the education of mothers and mums-to-be here: I have heard too many stories — hundreds, perhaps — of women who desperately wanted to breastfeed, but who received ill-informed advice from medical professionals that resulted in the sabotage of their breastfeeding relationship. This week should be about raising awareness in society and within the social and medical systems around these women to allow them to achieve their goals and dreams, whatever they may be. I don’t want to talk about the medical benefits of breastfeeding – it has never been about that to me. It is about my instincts; about that burning primal urge in me to be the body that nourishes my child, both inside and outside of my belly; about my dream of motherhood. People need to talk less about the milk and more about what women want.

I want to live in a world where the word ‘choice’ isn’t used to make mothers feel less guilty about a medical system that failed them.

I want to live in a world where nobody feels uncomfortable when they see a woman feeding her child, in whichever way is working for them. 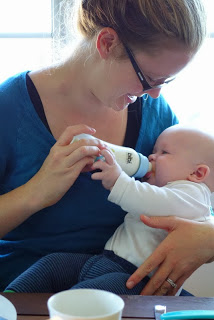 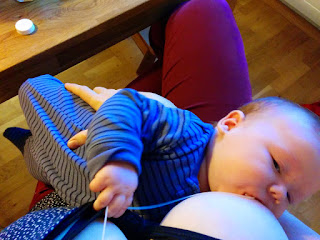 Busting my gut and pushing myself to the brink in order to achieve a breastfeeding relationship with my baby is a choice of mine; it is personal, it is deeply emotional in ways that are impossible to articulate, and I thank every person who has supported me throughout, whether that be through actively offering hugs and high fives, or through choosing to omit criticism.

Next time you see a breastfeeding mama, know that there is a chance that she is just like me — that she is filled with doubts and never knows if she is doing the right thing, that it is so very far from easy, that she has been through so much to even be able to bring that baby to her breast, and that she hopes that one day she won’t regret how hard she has worked to get to this point. Send her love, send her support. 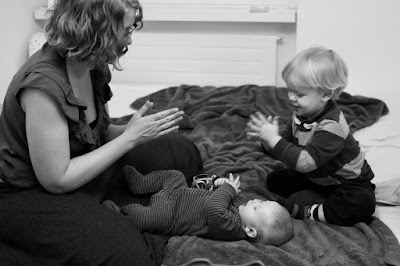 8 comments on “My Dreams for a Feeding-Obsessed World”

Do you want to stay in touch?