It is very difficult for me to know exactly where to begin writing about my breastfeeding journeys. The first, my heart-wrenching three-month attempt with my 2.5 year old beauty, is already complete. I am now wading deep in the fog of attempting to breastfeed my pixie-eared six week old, and I already feel as though I have a whole universe of stories to tell and decisions to attempt to explain.

Perhaps I will get there, and as time goes on I will organically offload about past experiences, but right now I think it is best to start from today.

So this is where we are currently at: 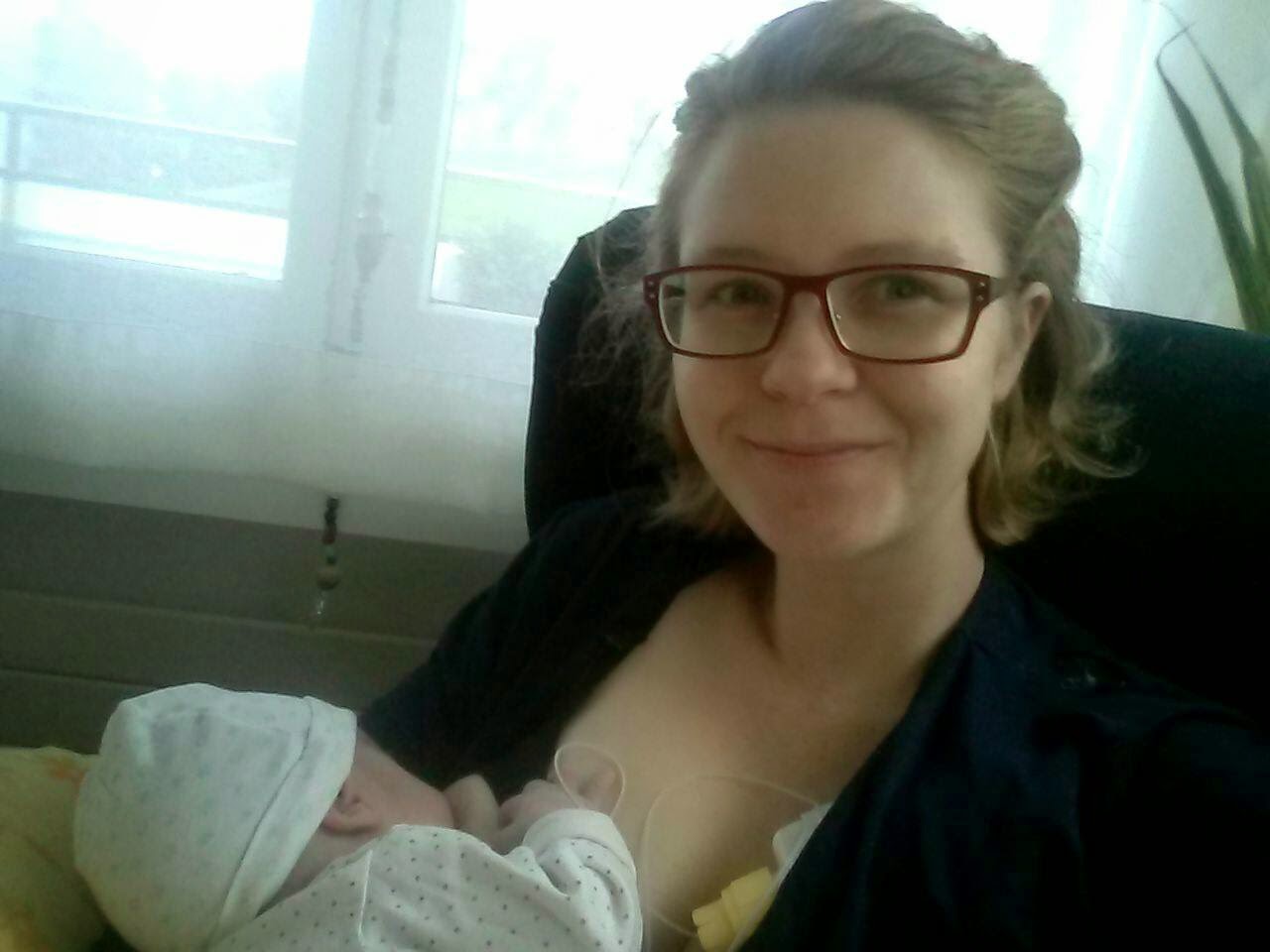 I don’t have enough milk. It pains me to say that for a whole bunch of reasons, and not just for the obvious, which is that I hate the fact that I can’t sustain my new little bubba on my milk alone, that I am incapable of keeping him alive without artificial intervention. One of the other big reasons why I hate to say this is so common to hear this now. To have such a common problem kind of diminishes the significance of it, I suppose. It shouldn’t, but it does. It means that there are so many people that have been there and have possible solutions for me to try (which I have already tried. Trust me.). It makes me feel as if my pain is unwarranted.

This may be the first of many totally irrational things that I say when it comes to my emotions regarding breastfeeding. Be forewarned.

My goal this time around, after meetings with lactation consultants and counsellors while pregnant, is to not have a hungry baby. Yes, my ideal is to breastfeed him, but the guilt associated with my first boy having been hungry for three months is something that I can’t live with again. So we are taking things hour by hour, day by day, and trying to accept that this is a different baby with a different story, and that I am a different mother now.

Right now we are combating my lack of milk by supplementing with formula using the Medela Supplemental Nursing System (SNS), which allows my bubba to breastfeed while also receiving supplemental formula from a tiny tube attached to my nipple. This in turn continues to stimulate my milk production. Theoretically, I should only need this for a very short time until my milk production reaches an acceptable level, but I have lost hope that this will actually occur, and as such this contraption and I are doomed to an inseparable existence for the future. 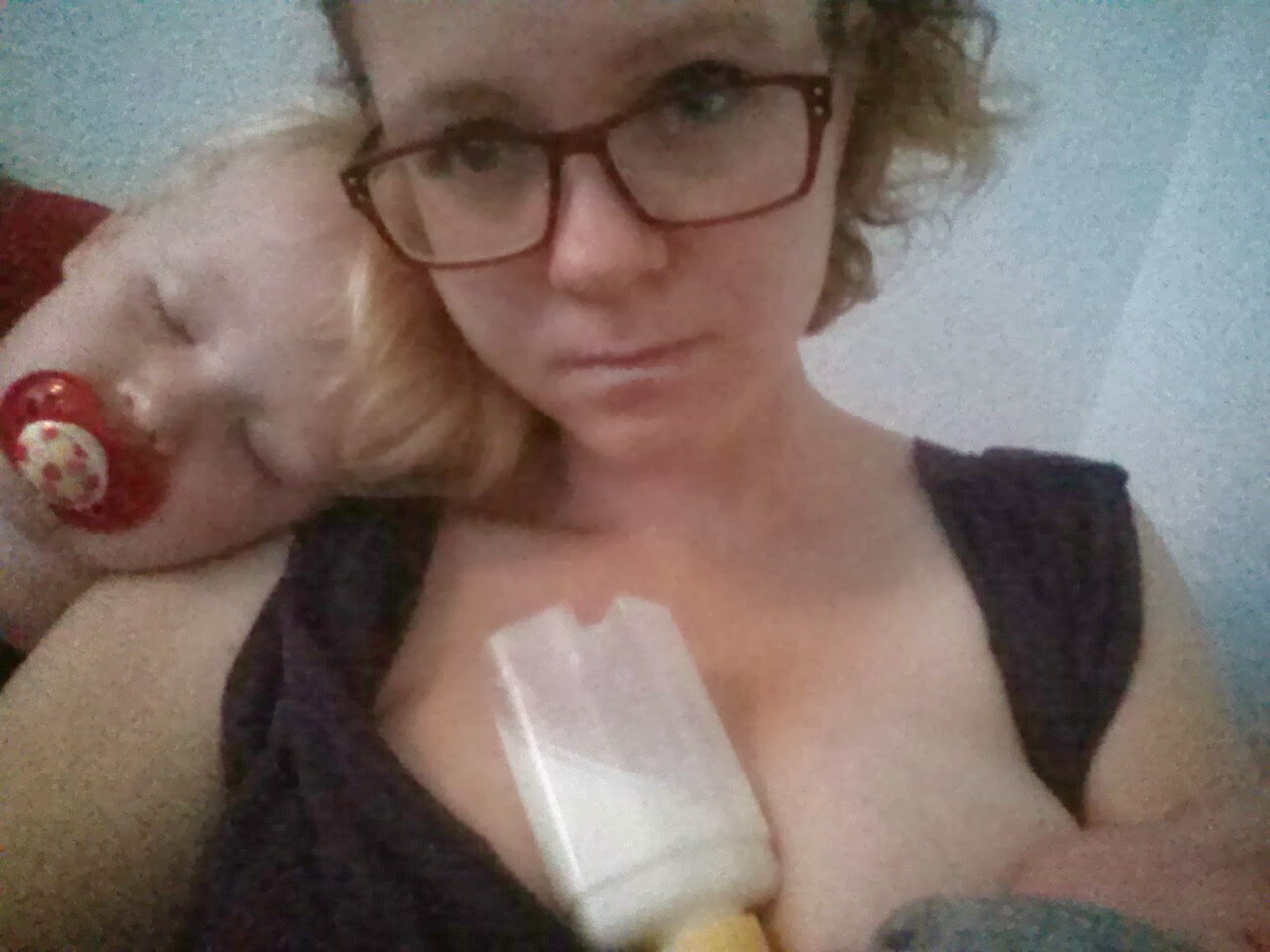 That’s not in any way to say that I hate the SNS. It is enabling me to breastfeed my boy, which is everything that I have dreamt of! I spent the first two weeks petrified of leaving the house, though, but I am proud to say that now I have the hang of it and am doing my bit for booby education by showing the world this contraption and how we breastfeed with it. I always swore that if I was ever able to put a baby to my breast in public, there was no way I was going to cover it up — I’d worked too hard to be embarrassed! But that initial time of getting used to our new system was tough: I’d have to completely expose myself while getting the tubes correctly positioned (usually with shaking hands because my baby was already cryingso hard) and taping them to my breasts, hook the bottle over the head, adjust the strap and ensure the valves are in place, then making sure that Bubba latches on with the tube correctly, while trying to ensure that his flying hands didn’t pull the tube out at the same time.

Now though, after using the SNS for around four weeks, I have mastered the art of it. I no longer use the neck strap and instead tuck the bottle into my shirt or under the bra strap on the opposite side to the exposed breast. I no longer use the tape – It was beginning to irritate my skin a lot, so I did a lot of work figuring out how to use it without. It is still far from easy… occasionally it just doesn’t work, and I can’t figure out why. It doesn’t rid the need to pour sterilised water of the perfect temperature into a sterilised bottle and to tip in measured scoops of formula with shaking hands while your baby is hysterical over there in the corner. It means I still have to bring an enormous amount of stuff every time I want to walk out the door.

But it means that I can breastfeed. And for that, I love it.