It has been eleven days now since I have used any supplement. In four days, my little boy will be six months old.
Right now, I am out of the house at a cafe with my little boy sleeping on my chest, with nothing in my bag but nappies, wipes, change mat, blanket, spare clothes, cardigan, toddler snacks, toy car, bandaids, domperidone, wallet, phone, laptop and keys. Cool, huh? No thermos of water. No two SNS bottles filled with 90ml of water each. No formula canisters with three scoops each. No defrosted bag of donor breast milk wrapped in an icepack stored in a tupperware container.
I had wondered how long it would take me to leave the house without my back-up. Eleven days, apparently. And I’m only ten minutes from home, if worse comes to worst.
Today is my eleventh day of being an Exclusive Breastfeeder, but it is ten days since the release of mylittle boy’s tongue tie. Strangely enough, the 24 hours leading up to the procedure, he also didn’t need supplement. This has me thinking that there is a chance that it isn’t the actual procedure that is to thank, though don’t get me wrong, I do realise that would be quite the coincidence. But I would definitely have been thrown out of any scientific study regarding it all… 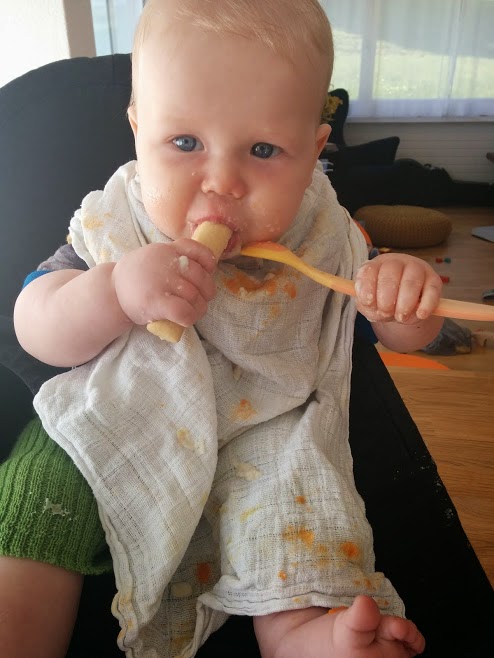 It could also have been his food intake. Two days before his procedure, he started having one proper meal of solid foods each day, and was absolutely demanding it. He has begun eating around 120grams of food at each sitting, rather than just have a little taste.
It could also be the fact that I started absolutely chowing down these VERY yummy lactation biscuits from Franjo’s Kitchen (Goodness, I could eat ten a day! And they are super healthy too, so no need for me to feel bad whatsoever!), and while I’ve tried lactation biscuits before, perhaps it is all the magical ingredients in these particular ones that tipped me over the edge into super-lactation. 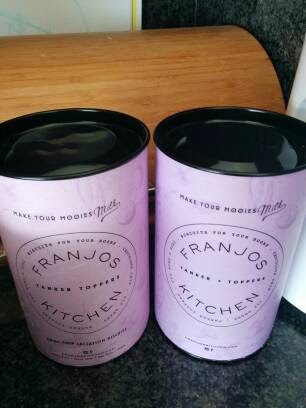 It could also be the fact that he is teething dramatically right now. He popped a tooth the day before the procedure, which may have made him want to suckle less, who knows. And right now he is in the midst of the second tooth erupting, so maybe once that is done, he will go back to demanding more milk… I don’t know.
It could also be a combination of these things. Perhaps the day before the procedure, he was teething so badly that he didn’t want to feed from the breast much, and then after the procedure I stepped my confidence up to a new level, so that when he was fussy in the evening, I just let him be fussy, and didn’t presume he needed more milk. I let my husband put him in the carrier and walk him to sleep for those first couple of nights, which he did surprisingly easily, and that continued to build my confidence (though goodness, I was certainly shitting myself about it at the time! Will mothers ever really know if they are making the right decisions?!). Now I feed him to sleep again, but I need to swap sides between four and six times for him to sleep. He doesn’t tug at my nipple and whimper anymore, though, which makes me feel pretty happy about it all.
But… as one of my best friends said to me yesterday when we discussed all this, does it really matter? Who cares what the reason is! I suppose I care only because the process of lactation – the physiology of it, all of the unknowns that still exist – absolutely fascinates me, and I wish that my story could benefit the wider community in a very concrete way. But that’s how breastfeeding goes, it seems! There are no absolutes.
And so now I have entered the world of ‘Does he have enough?’, that world that it seems almost all breastfeeding mothers have entered at some point. And although that in itself is at times confusing (like, what actually constitutes a ‘wet nappy’? And what if his nappy is dry after hours and hours, but he is happy, doesn’t appear dehydrated, he has been feeding very frequently, and we have been out in a dehydrating environment like a plane (!) for hours and hours (and hours and hours)?), I get a secret little thrill to know that I now have the questions that a normalbreastfeeding mother has. How cool is that?
In short, I am happy. 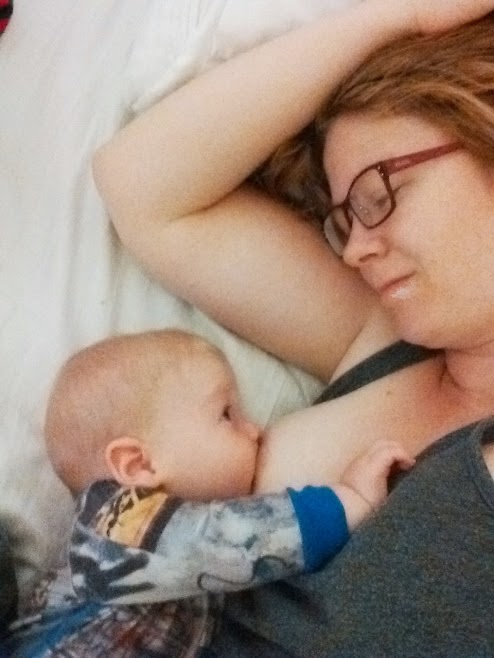